A Lawyer Who Understands
Contact Us Now For a Consultation

Protecting the Rights of Workers in Washington, D.C. and Beyond

The relationship between employers and employees in Washington, D.C. is governed by both federal and local laws. Employers must adhere to laws concerning employment discrimination, sexual harassment, the Americans with Disabilities Act (ADA), and wages and hours. Unfortunately, some employers do not abide by these laws. You may be able to obtain injunctive relief or damages by filing a lawsuit. If you need a seasoned Washington, D.C. employment lawyer, you should consult Matthew T. Famiglietti. Mr. Famiglietti can advocate for your legal rights in an employment dispute or represent you in a lawsuit. 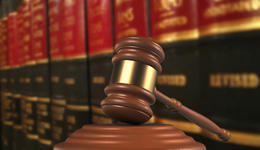 Many people spend a large percentage of their life at work. The law recognizes the power imbalance between employers and employees and protects workers from certain kinds of mistreatment on the job. As an employee, you are entitled to work in a safe environment, free from discrimination and harassment, and to be paid fairly. Unfortunately, employers don’t always follow employment laws; sometimes legal violations are inadvertent, but in other cases they are deliberate. Employment law disputes can arise with regard to employment discrimination, wages and hours, sexual harassment, the ADA, employment contracts, and collection of union fees. Although employment is at-will in the District of Columbia, you may be able to file a wrongful termination lawsuit if you are terminated in violation of the law, your employment contract, or public policy. Talk to an employment attorney in Washington, D.C. to learn more about your rights as an employee.

Employment discrimination is prohibited by multiple federal laws and the District of Columbia Human Rights Act. The latter is more comprehensive than the former. Discrimination occurs when you are treated adversely by your employer due to a protected characteristic. Protected characteristics under federal Title VII of the Civil Rights Act of 1964 include race, color, sex, religion and national origin. Other federal laws include the Age Discrimination in Employment Act (ADEA) and the ADA. The District of Columbia Human Rights Act protects twenty-one traits. These include disability, color, national origin, race, religion, age, sex, sexual orientation, marital status, gender identity or expression, family responsibilities, personal appearance, and political affiliations. You can file a complaint under the District of Columbia Human Rights Act with the Office of Human Rights or directly in court.

Sexual harassment is a type of sex discrimination. It can be perpetrated by either sex and the perpetrator and victim may be of the same sex. Sexual harassment may involve any negative conduct based on the victim’s sex including groping, touching, crude remarks, pranks, sexual assault, threats, violence, graphics, or memes. A sexual harassment lawsuit may be pursued under Title VII of the Civil Rights Act of 1964 or under the District of Columbia Human Rights Act. Unlike Title VII, there is no cap on damages when a claim is filed under the District of Columbia Human Rights Act. An employment lawyer based in Washington, D.C. can assist you in bringing a lawsuit to help you obtain injunctive relief such as rehiring or promotion, along with compensatory damages.

The Americans with Disabilities Act

The ADA provides protection against disability discrimination in the workplace. The ADA is enforced by the Equal Employment Opportunity Commission (EEOC). It applies to employers with at least 15 employees. If you wish to file a claim under the ADA, you must meet the law’s specific definition of disability. The ADA provides that a disability is a physical or mental impairment that significantly limits a major life activity like seeing, hearing, speaking, breathing or caring for oneself. You are protected if you have a history of this type of disability or if you are perceived to have a disability even if you don’t. The ADA also requires employers to provide reasonable accommodations for qualified employees with disabilities, unless to do so would present an undue hardship.

Wage and hour disputes may involve minimum wage, overtime, rest breaks, or meal breaks. Whether you have rights under wage and hour laws depends on your employment classification. Certain classes of workers including salaried employees and independent contractors are exempt from wage and hour laws. However, some employers deliberately misclassify workers in order to avoid complying with wage and hour laws and providing benefits such as workers’ compensation. Often, if federal labor law and local labor law both address the same issue, the law that is more protective of workers will apply. For instance, the minimum wage in the District of Columbia is $13.25/hr and thus employers must pay nonexempt employees this amount rather than the lower federal minimum wage.

Please note, there is a consultation fee for any calls related to this practice area.

Practice Areas
Client Reviews
★★★★★
Mr. Famiglietti is an extraordinary attorney. I went to him at the referral of a friend who had been helped by him. He was compassionate, professional, and relentless as he advocated for me. I highly recommend him and his excellent staff. A.T.
★★★★★
Matthew Famiglietti is a great attorney he provided me with excellent legal representation and I was very blessed to have him. K.B.
★★★★★
I am truly blessed to be represented by Mr. Famiglietti. He is approachable, knowledgeable, understanding and was well prepared to solve my legal issue. Mr. Famiglietti treated me with sincerity and communicated effectively. I followed his advice and was truly surprised by the outcome of my case. I am most thankful that I listen to him and consider Mr. Famiglietti a friend for life. I recommend his services without hesitation. L.J.L.
★★★★★
I'm not a very formal person and Matt made me feel comfortable at our first meeting. He is a competent, sharp and very insightful, asking the right questions and giving you a game plan. Above all, he is honest about your case upfront. He was very patient and understanding that I was late and never had an attitude with me. I highly recommend Mr. Famiglietti. Thom K.
★★★★★
Mr. Famiglietti chose to represent me in my darkest hour. My health was failing and my employer was illegally terminating me. Mr. Famiglietti built a strategy and plan to bring to light my employers flawed ways. Matt gave me confidence in the way he built his plan. Matt knew all the laws pertaining to my workplace case. He gave me confidence and his representation gave me a favorable outcome in my case. Jamere
View More
Submit a Law Firm Client Review