A Lawyer Who Understands
Contact Us Now For a Consultation 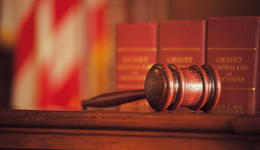 If you are a foreign national and refugee arriving at the border or already in the United States, you may be able to seek asylum. A refugee is someone unable to go back to his or her home country because of prior persecution or a reasonable fear of future persecution due to religion, race, political opinion, nationality, or membership in a social group. You should consult seasoned Washington, D.C. asylum lawyer Matthew Famiglietti about your situation.

If you are granted asylum, you will be protected from deportation to your home country. You'll be authorized to work in the United States and apply for a Social Security card. You can petition to bring family to the United States. You may be eligible for certain government programs. Once a year has passed, you can apply for a green card, and four years from the date of becoming a lawful permanent resident, you can apply for citizenship.

It may be appropriate to apply for alternatives to asylum, such as withholding of removal or protection under the United States Convention Against Torture.

You can apply for asylum in two ways. Either way, you must be physically present in the country to file your application. First, you can affirmatively petition for asylum through the United States Citizenship and Immigration Services (USCIS). You should talk to an asylum lawyer based in Washington, D.C. about the application process. Second, if you're already in removal proceedings, you can file an application for asylum with the Executive Office for Immigration Review (EOIR). In that situation, applying for asylum is a defense against being removed from the United States.

You can affirmatively apply for asylum regardless of how you arrived in the United States or your current immigration status. You'll need to apply for asylum by submitting an Application for Asylum and for Withholding of Removal to USCIS. You can live in the country while the application is pending before USCIS. Discussing your situation with an asylum attorney in Washington, D.C. is a good idea. If asylum isn't approved and you haven't achieved legal immigration status, a Notice to Appear will be issued. The case will be referred to an Immigration Judge at the EOIR. A new hearing will be held and a decision independent of the USCIS's decision will be issued.

If you're put in expedited removal proceedings and you tell an official from Customs and Border Protection that you fear torture, persecution, going back to your country or that you wish to apply for asylum, you should be referred to an asylum officer who can conduct a credible fear screening interview. You'll need to prove to the asylum officer you have a credible fear of persecution or torture. You'll also need to establish who tortured, persecuted, or harmed you or will in the future. You should be able to tell the asylum officer why you're suffering persecution, torture or harm, whether the reason for the persecution is your religion, race, nationality, political opinion or belonging to a specific group. For example, if you were tortured because you are transgender, you should explain this to the officer to establish your credible fear of torture.

If you can establish credible fear, you'll be referred to immigration court to move forward with the asylum application process. However, if the officer decides you don't have a credible fear, you'll be ordered removed. You can appeal that decision by going before an immigration judge who can review the decision. If that judge affirms the asylum officer's finding, you'll be removed from the country. But if the judge overturns the finding, you'll be put in further proceedings.

If you need a lawyer in Washington, D.C. to help with an asylum matter, you should talk to Matthew T. Famiglietti about your situation. Mr. Famiglietti is dedicated to serving the legal needs of clients applying for asylum in D.C., Maryland, and Virginia. He also represents federal employees. Call the Law Office of Matthew T. Famiglietti at (202) 669-5880 or complete our online form.

Please note, there is a consultation fee for any calls related to this practice area.

Practice Areas
Client Reviews
★★★★★
Mr. Famiglietti is an extraordinary attorney. I went to him at the referral of a friend who had been helped by him. He was compassionate, professional, and relentless as he advocated for me. I highly recommend him and his excellent staff. A.T.
★★★★★
Matthew Famiglietti is a great attorney he provided me with excellent legal representation and I was very blessed to have him. K.B.
★★★★★
I am truly blessed to be represented by Mr. Famiglietti. He is approachable, knowledgeable, understanding and was well prepared to solve my legal issue. Mr. Famiglietti treated me with sincerity and communicated effectively. I followed his advice and was truly surprised by the outcome of my case. I am most thankful that I listen to him and consider Mr. Famiglietti a friend for life. I recommend his services without hesitation. L.J.L.
★★★★★
I'm not a very formal person and Matt made me feel comfortable at our first meeting. He is a competent, sharp and very insightful, asking the right questions and giving you a game plan. Above all, he is honest about your case upfront. He was very patient and understanding that I was late and never had an attitude with me. I highly recommend Mr. Famiglietti. Thom K.
★★★★★
Mr. Famiglietti chose to represent me in my darkest hour. My health was failing and my employer was illegally terminating me. Mr. Famiglietti built a strategy and plan to bring to light my employers flawed ways. Matt gave me confidence in the way he built his plan. Matt knew all the laws pertaining to my workplace case. He gave me confidence and his representation gave me a favorable outcome in my case. Jamere
View More
Submit a Law Firm Client Review